If you are reading this, my dear fellow, you have finally reached the correct address to become a mother, I can congratulate you for your baby. Dear Dr.Melih Aygun, on the long road we went, we did not deviate from his treatment process one day and applied whatever he said, and he did not give up even we were demoralized in this long period. Also, he has become a friend who supported with great interest and relevance my husband and me. With his vast knowledge and support, we proceeded with this process with confidence, the most accurate and the healthiest steps. When we saw the first heartbeat on the screen and joy of our doctor with us, those emotional moments were indescribable. Before and during the 9 months of my pregnancy, our baby and we were in good hands with that love, care, and concern. Now, my daughter is 10 months old, and we will remember our family doctors in the lifetime of our lives. Because of this, somebody will read what I have written, that time i experience the inner comfort of having handed them over to the right doctors. Our dear doctor, you are good, you have made us a very happy family, and you made us a mother and father with married children. Now, you are continuing this special profession that you have done with this sacred devotion by having many families like us. Happy to you, you have established an army of love that has drawn you into their prayers with an indescribable sense of gratitude and respect. 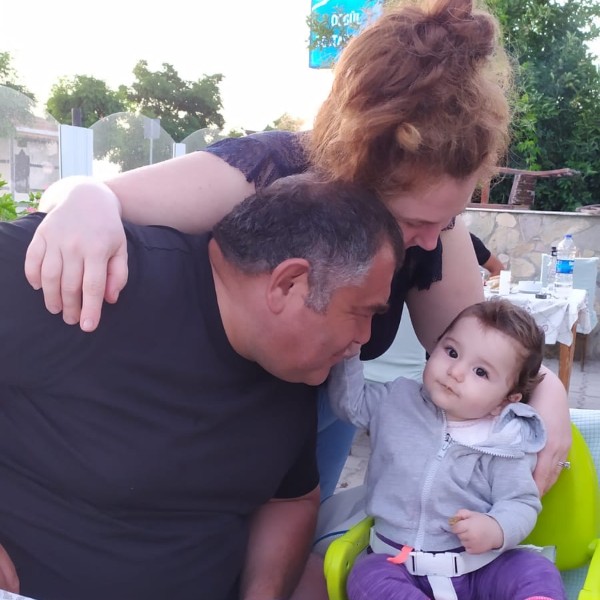 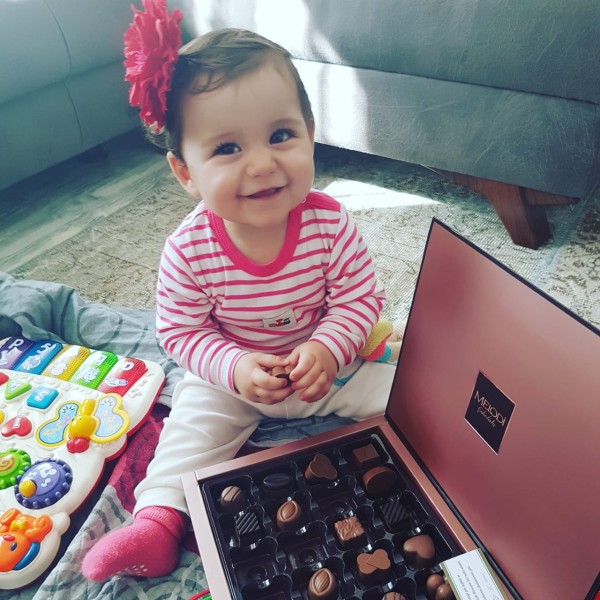 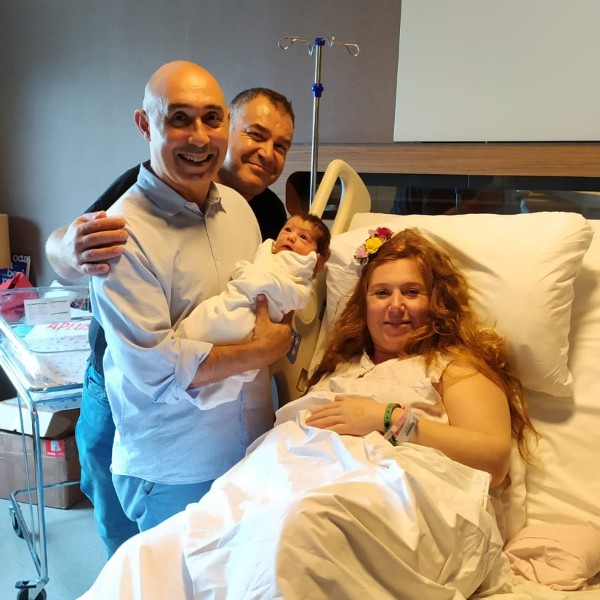 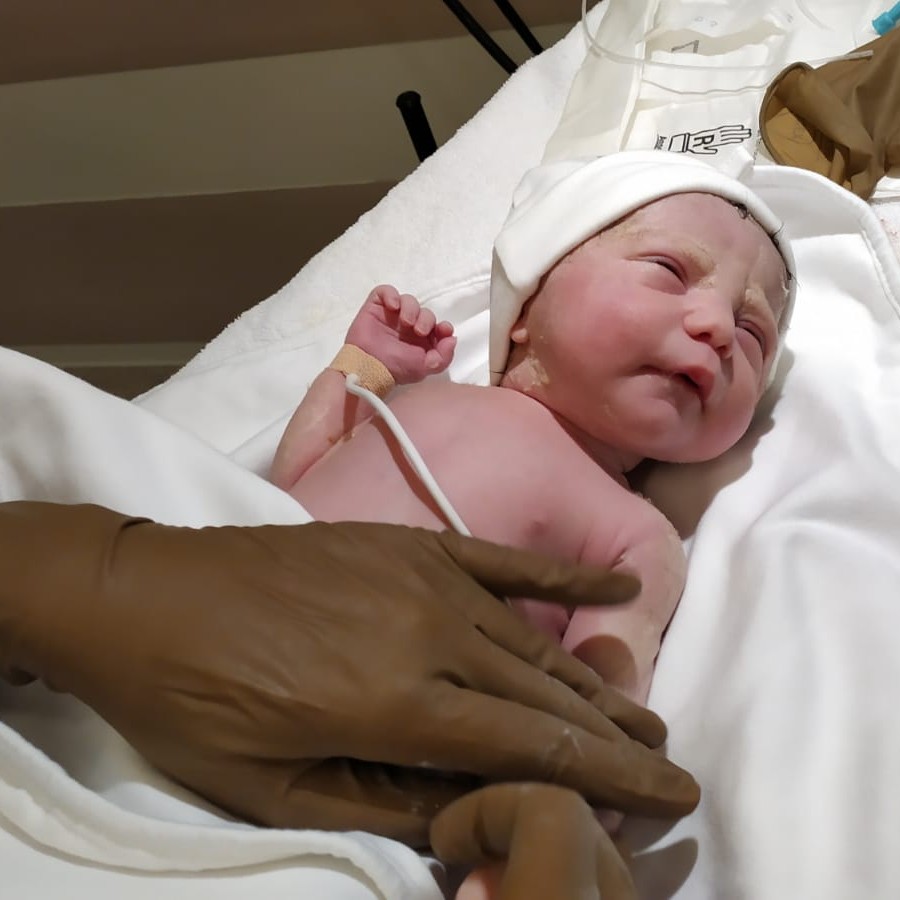 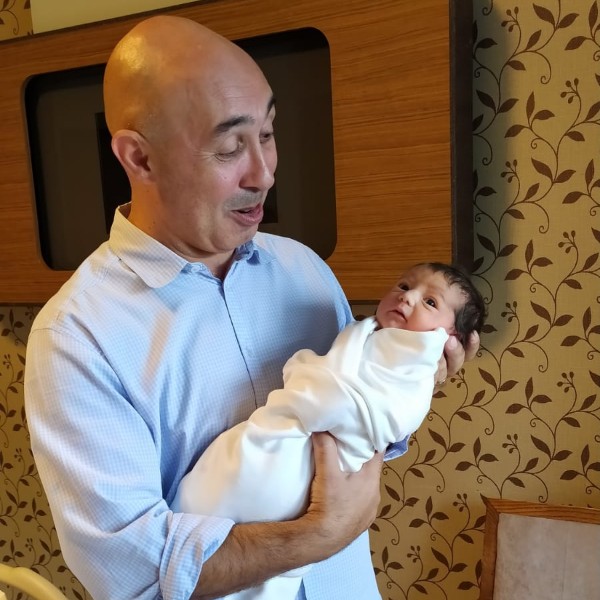 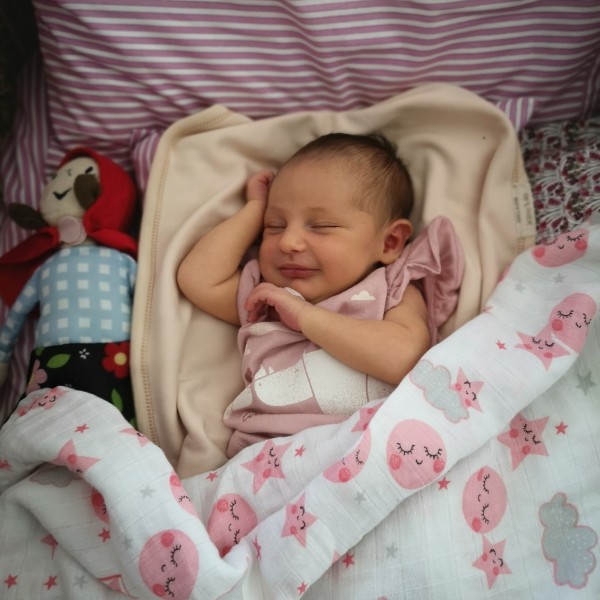 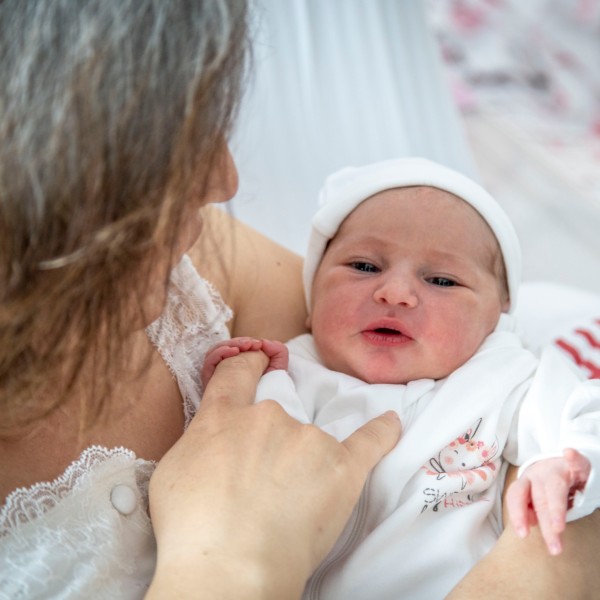 “Gaining our hopes back after a badly experienced”

We had begun to search another IVF center by gaining our hopes back after a badly experienced injection process. We went to many consultations in different IVF centers but we hadn’t found a place where fades our question marks away and approaches the situation from a humanistic point of view instead of commercial. When we consulted our doctor on another expertise, he gave us Dr. Aygün’s name and number. Firstly we talked to Dr.Melih Aygün on the phone. It is not easy to assure a person on the phone. But when I talked to him on the phone, I felt that I found the right person that I can trust for making our dream come true. His honesty, his direct answers with patience over my questions, his humane approach made feel like this. Then, his following up every stage rigorously through the medical process and of course your success proved me that my trust was not for nothing.

IVF is a very difficult medical process, and even though you have your loved ones and your partner beside you, the support of your doctor who manages and directs you and the process during this time, is very important, I understood this. You have to be comfortable, and in order to reach this comfort, your doctors could answer your questions with patience, calm you down when you are anxious and do a spot on diagnoses with correct timing when necessary. The whole process should not proceed only in the field of medicine but also in the field of communication. I would like to thank you so much for managing this process with success from every angles and making our dream true.

“ You have given us our “soul”, our most important asset in our life. “

We married my husband in 2006 and I got pregnant in March 2011, I was very happy, but at 8th weeks I couldn’t hear the heartbeat. However, we did not want to wait any longer at the end of a year and we decided to have an IVF. This is how the long marathon started in January 2012. We did two in vitro fertilization trials in Antalya, unfortunately, it resulted in an ectopic pregnancy in my first attempt and I lost one of my tubes. The second was chemical pregnancy. In such a period, we met Dr. Melih Aygün through a friend of mine. Despite the fact that we have never met before and all the distance, he did not spare any help from us with his professional experience and sincerity. Thus, we leaned on Dr. Melih’s door for the third trial. From the first day we met, I had a successful treatment process thanks to his reassuring knowledge, as well as his compassion and sincerity towards his patients, and we got the happy news, I was pregnant with my twins. However, I had a premature birth and lost my babies in the 23rd week of my pregnancy due to the cervical opening when I returned to my home in Antalya. After months, we decided to not give up, so after my second tube removal, two laparoscopy, two more hysteroscopy, my hands remained empty in our 9th attempt. Years of treatment and surgeries had exhausted us, and I wanted to admit that I wouldn’t have a baby anymore. After a little hesitation, we made our application to the child welfare institution with my husband and this was the last point for me now. One last hope, it didn’t take me long to be convinced of one last try. 10th attempt… Again, things did not develop as we imagined. But it wasn’t finished; we had two frozen embryos left in the clinic. We started again; endless needles, one more laparoscopic surgery and transfer. And, at 11th attempt I was finally pregnant. This time I would not make the same mistake and I would continue with Mr. Melih until the end. In the 13th week, my cervix was sutured and until the last moment low preventative needles, unending pain. But I was not alone, we had a doctor who went through all these difficulties with me, who was not tired of answering the same questions over and over, and who gave me morale every time I talked, and we left with a smile. Thank God we took our son in our arms at the 37th week. This is my story. I want to thank Dr.Melih Aygün, you have given us our “Soul”, our most important asset in our life. 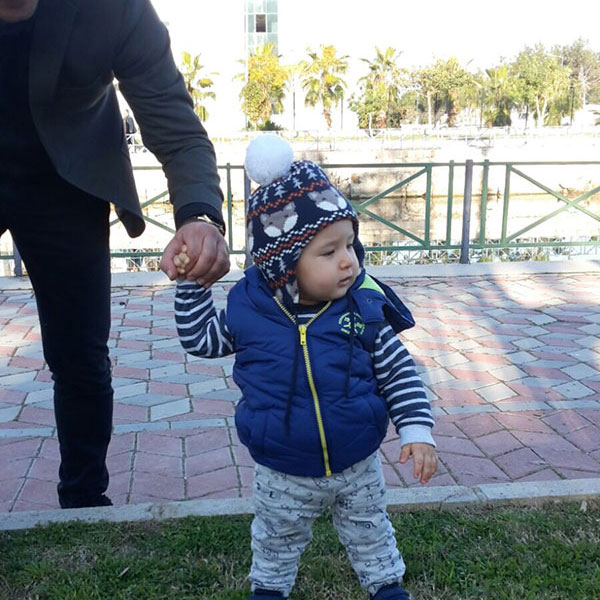 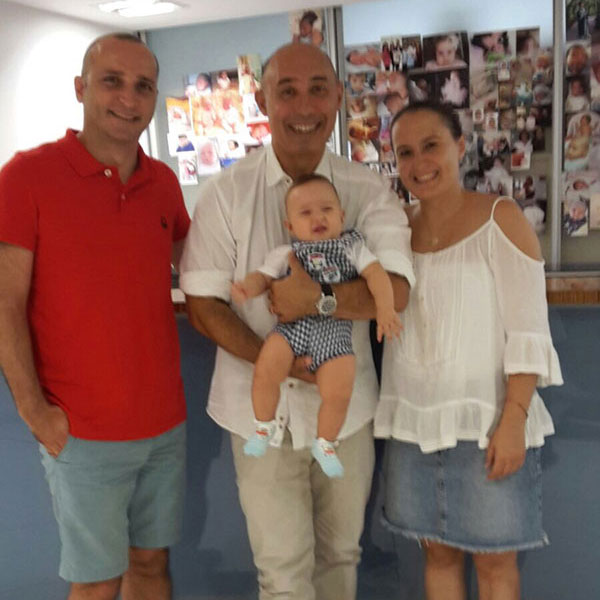 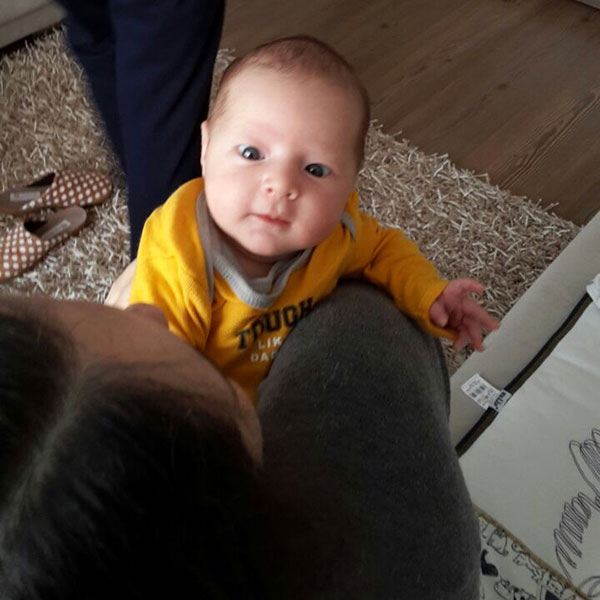 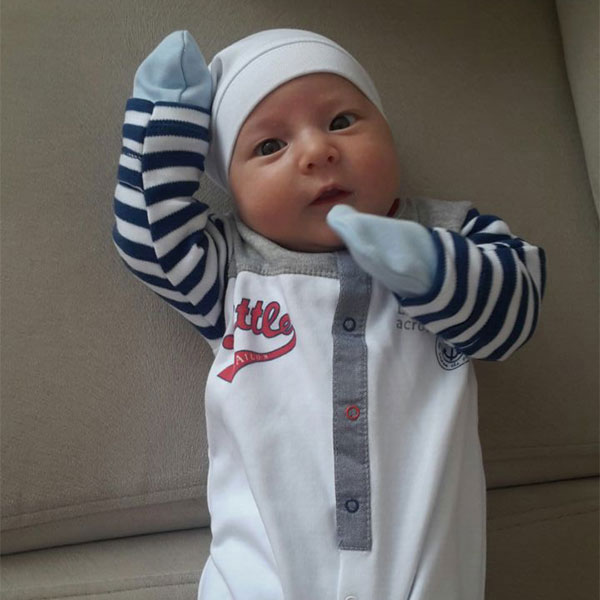 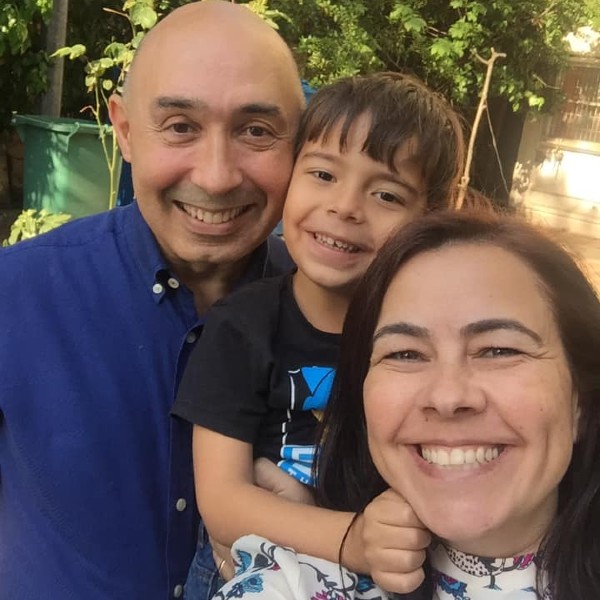 It was 2011 when I knocked on Mr. Aygün’s door for the first time, upon my mother’s insistence. My dear doctor, the closest witness of my desire to become a mother; he is one of the most honest doctors I know. Of course, the fertility journey of a 40-year-old woman, who works as hard as if she had to save the world, had its ups and downs. If you only knew how often I knocked on his door during my pregnancy, without an appointment, and said, “I want an ultrasound scan”. No matter how busy he was, he accompanied me during all of my mental breakdowns and reduced my anxiety. He even helped Emre’s father in Spanish, to get used to Turkey. Although he has witnessed the birth of hundreds of babies, I am sure that Emre has a special place in his heart. Today, (2015) after years, Emre and our doctor came together. This scene is priceless to us. Thank God. May Allah accept all prayers and give all children a happy future.